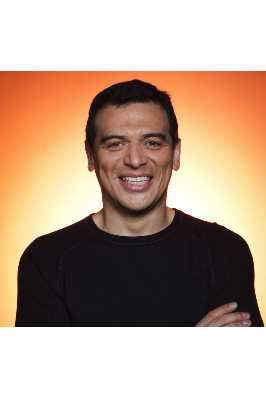 READ THE FOLLOWING RULES CAREFULLY AS THEY WILL BE ENFORCED WITHOUT EXCEPTION.

MUST HAVE MATCHING ID AND CREDIT CARD USED FOR PURCHASE

Tickets can be available for purchase online.

TICKET PURCHASER MUST PRESENT THE CREDIT CARD USED FOR PURCHASE AND MATCHING ID.

*PLEASE NOTE: There is a (2) item minimum PER PERSON (which can be any combination of Food and Drink)

In 1988, Mitzi Shore, owner of The Comedy Store suggested that Mencia change his first name from "Ned" to "Carlos" in order to appeal to the Mexican audiences.[6] Mencia performed at venerated LA stand-up venues such as The Comedy Store and The L.A. Cabaret. His success in these venues[citation needed] led to appearances on The Arsenio Hall Show and Buscando Estrellas, where he attained the title "International Comedy Grand Champion." Then, in 1994, Mencia was chosen to host HBO's latino comedy showcase Loco Slam.

Mencia followed up Loco Slam by hosting Funny is Funny! on Galavision in 1998. He would continue to do stand-up, including a very successful tour in 2001 with Freddy Soto and Pablo Francisco, "The Three Amigos." Mencia also did two half-hour specials on HBO, the second of which won him a CableACE Award for Best Stand-Up Comedy Special. After the release of his first comedy album by Warner Records, Take A Joke America, Mencia performed his break-out performance on Comedy Central Presents in 2002.

By the time his career began to take off in the early 2000s, Mencia was also working as an actor doing guest appearances in the television shows Moesha and The Shield, and starring in the film Outta Time and the animated show The Proud Family.

In March 2005, Comedy Central announced Mencia's own half-hour comedy show, Mind of Mencia. The show mixed Mencia's stand up comedy with sketch comedy, much like Dave Chappelle's Chappelle's Show. The show achieved moderate success in its first season and was brought back for a second season in the spring of 2006, becoming Comedy Central's second highest-rated program behind South Park.[7] It was brought back for a third season that summer before being cancelled in 2008. Mind of Mencia was produced by Nedlos, a portmanteau of Mencia's birth name and the name he took prior to naturalizing in the US.

Mencia is sometimes a guest on the Opie and Anthony radio show on XM Satellite Radio and CBS Radio. He took part in the first Opie and Anthony's Traveling Virus Comedy Tour in 2006. In 2002, he performed on "Comedy Central Presents."

Mencia starred in a Super Bowl XLI commercial for Bud Light. In November 2009, Mencia began appearing commercials for a weight-loss product called Belly Burner, which he has claimed to have used personally.[citation needed]

Mencia went on a 2011 stand-up comedy tour, including dates at the Improv in Schaumburg, Illinois, on June 24 and 25, and ending in Las Vegas at Treasure Island on Friday, September 16, 2011.[8]

Mencia is the co-owner of the restaurant chain Maggie Rita's.[9]