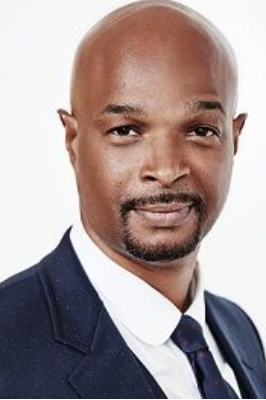 READ THE FOLLOWING RULES CAREFULLY AS THEY WILL BE ENFORCED WITHOUT EXCEPTION.

MUST HAVE MATCHING ID AND CREDIT CARD USED FOR PURCHASE

Tickets can be available for purchase online.

TICKET PURCHASER MUST PRESENT THE CREDIT CARD USED FOR PURCHASE AND MATCHING ID.

*PLEASE NOTE: There is a (2) item minimum PER PERSON (which can be any combination of Food and Drink)

Known throughout the world for his no-holds barred comedic genius; Damon Wayans is best known as writer and star on FOX’s Emmy Award-Winning series, “In Living Color.” There, he created some of the show’s most iconic sketch characters, including “Homey the Clown,” “Handiman” and outrageously gay film critic “Blaine” from “Men on Film.” His writing for the series earned him two Emmy Award nominations. Wayans also starred in, co-created and executive-produced the hit comedy series “My Wife and Kids.” The series received numerous awards, including the 2002 People’s Choice Award for Favorite New Television Comedy Seres and Favorite Male Performer in a New Television Series.

Additionally, he created, executive-produced and starred in the sketch show “The Underground.” Other television credits include the half-hour FOX comedy “Damon,” in which he starred and executive-produced, and the hour-long drama “413 Hope Street,” which was nominated for a People’s Choice Award. He served as an executive on “Waynehead,” a Saturday morning animated cartoon, which featured the voices of his siblings, Kim, Marlon and Shawn Wayans.

On the big screen, Wayans starred in Spike Lee’s critically acclaimed film, “Bamboozled.” He also starred an executive produce the independent film “Harlem Aria.” Other feature credits include starring role in “Major Payne,” “Blankman” and “Mo Money,” which he wrote and executve-produced. Wayans also was featured in “The Great White Hype,” “Celtic Pride,” “The Last Boy Scout,” “Earth Girls are Easy,” “I’m Gonna Git You Sucka,” “Colors,” “Punchline,” “Hollywood Shuffle,” “Roxanne” and “Beverly Hills Cop.” Wayans has enjoyed tremendous success in stand-up. After starting his career in 1982 touring the comedy club circuit, he landed a role as a featured player on “Saturday Night Live.” Wayans went on to star in his own critically acclaimed specials, “One Night Stand,” “The Last Stand,” “Still Standing” and “Way Out.” Also a New York Times best-selling author, Wayans penned the 1999 book “Bootleg,” a humorous compilation of this observation on family, children, marriage and politics. In May 2010, Wayans’ debut novel, “Red Hats,” was released.

In the summer of 2014, Damon performed with his brothers Shawn, Marlon and Keenen on their U.S. comedy tour. Next, Damon will hit the road for his solo comedy tour.